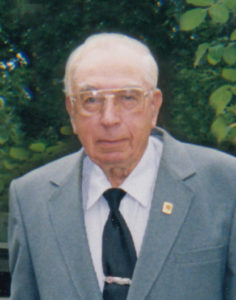 Louis served in the U.S. Army during the Korean War where he was stationed in Hokkaido, Japan until he was honorably discharged from his duties on November 15, 1952.  Louis was a lifelong farmer and raise cattle his whole life, and he also trucked livestock for many years.  He was the past Commander of V.F.W. Post #10491, a member of American Legion Post #371, member of the Saunders County Livestock Association.  Louis loved to farm and raise cattle and he also enjoyed dancing and listening to polka music, eating ice cream and cookies, and tending to his cats.

He is survived by his wife, Eldeen Matulka; sons, Louis Matulka, Jr., Les Matulka both of Raymond; sister, Rosemarie (Jim) Rawlinson of Lincoln; sisters-in-law, Laverne Matulka of Beaver Creek, OH, Janet Matulka of Lincoln and other relatives and friends.