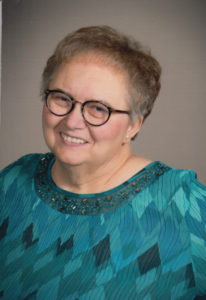 Margaret “Peg” G. Woita, 73 of Wahoo, NE entered into eternal rest Wednesday, April 27, 2022 at the Josie Harper Hospice House in Omaha, NE.  She was born February 7, 1949 in Spalding, NE to Robert P. and Marion L. (Bryan) Heindryckx.  She graduated from Spalding Academy in 1967 and graduated from St. Francis School of Nursing in Grand Island, NE in 1972.  She worked as an RN for 42 years at Lincoln General Hospital from 1972-1976 and Saunders Medical Center from 1976-2014.  She was united in marriage to Nick Woita on February 21 1976 at St. Vincent Catholic Church in Osceola, NE.  From this union three sons were born, Matthew, Stephen, and Bryan.

Peg was a member of St. Wenceslaus Catholic Church, past officer of the PCCW, a founding member of the Saunders Medical Center Auxiliary and a Cub Scout leader.  She enjoyed reading, playing pitch and spending time with her family and friends.