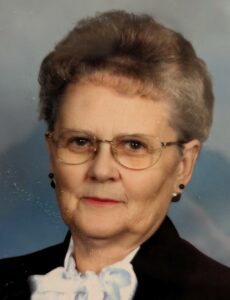 Mary E. Smith, 81 of Ashland, NE passed away Friday, January 13, 2023, at Methodist Hospital in Omaha.  She was born December 1, 1941, in Auburn, NE to Stanley and Arlene (Hopkins) Schroeder.   She was a graduate of Weeping Water High School.  On May 26, 1963, Mary was united in marriage to Richard Dean Smith, from this union two sons were born, Tracy and Stanley.

Mary worked at Ashland Care Center for many years and at Western Electric in Omaha in her earlier years.  She was a longtime member of Indian Hills Community Church in Lincoln.

She was preceded in death by her parents, Stanley and Arlene Schroeder; siblings, Janet Rezac, Larry Schroeder & Cliff Schroeder.