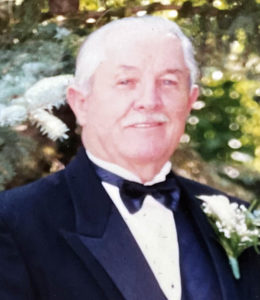 Max E. Comstock, Sr. 91 of Raymore, MO passed away Wednesday, June 22, 2022 at his home.  He was born January 28, 1931 near Greenwood, NE to Franklin and Mildred (Pilfold) Comstock.  Max graduated from Greenwood High School and graduated from the University of Nebraska in Lincoln.  He served his country in the U.S. Army during the Korean War and was honorably discharged in 1955.  Max retired as a nuclear plant operator from Cooper Nuclear Power Station in Brownville, NE.  Max loved the outdoors and spent much of his free time, camping, hunting, and fishing.  He traveled to many destinations in his later years and always made friends who would take him out to their local fishing spots.