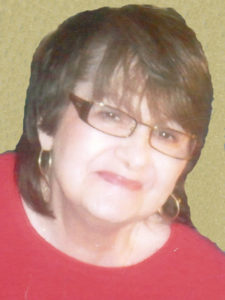 Melody C. Batten, 72, of Lincoln, NE, died on Saturday, April 2, 2016, in Wahoo, NE. She was born on September 8, 1943 in Marshalltown, IA to parents LT. Colonel Miller Bell and Arlene (Gunder) Bell Flaugh. In May of 1987 she was united in marriage to Craig T. Batten at the Sunken Gardens in Lincoln.

Melody loved her flowers, particularly her roses and violets, and her cats, Mr. Bibbs and Stitcher. She also enjoyed watching and feeding birds especially chickadees, cardinals, finches, and humming birds. Melody saw cardinals as her husband’s special way of visiting and now her family will see the same resemblance with Melody. Above all, Melody greatly loved and cherished her friends and family.

She is survived by her daughter, Angelicque and Shane Sugihara and their children Hunter and Shayna of Wahoo; stepson, Joel Batten of Lincoln; stepdaughter, Angie Batten of Olathe, KS; step grandchildren, Sariah Adams and Noah Batten; sister, Kar and Tom Koder; and brother Ken Flaugh.

She was preceded in death by her husband, Craig; parents; and sister, Kathy Flaugh.