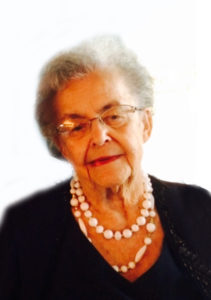 Mildred M. Otte, 89, of Wahoo, NE, entered into eternal rest on Thursday, November 30, 2017 at South Haven Living Center in Wahoo, NE.  She was born March 3, 1928 in Prague, NE to Otto and Helen (Prohaska) Matous.  She attended the Catholic grade school in Prague and graduated from Prague High School.  On September 14, 1948, Mildred was united in marriage to Delbert Otte at St. John the Baptist Church in Prague, NE.

Mildred worked in Omaha for a few years after graduation until she was married.  Delbert and Mildred farmed in Iowa and Nebraska before settling in Wahoo in 1964.  Mildred was a bookkeeper for Otte Oil for many years.