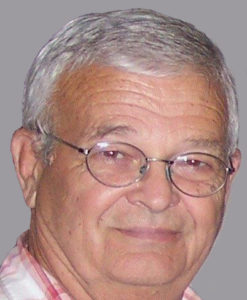 Paul E. Whitehead, 78, of Ashland, NE, entered into rest on Thursday, July 9, 2020 at his home in Ashland, NE.  He was born February 12, 1942 in Omaha, NE to Alvin and Bessie (Fritch) Whitehead.  He graduated from Ashland High School.  On January 11, 1964, Paul was united in marriage to Jacqueline Reed at the Ashland United Methodist Church.

Through the years, Paul worked for Laune Chevrolet and People’s Natural Gas.  He was a member of the Ashland Jaycees, Ashland Rotary Club and the Ashland Fire Department.  Paul could fix anything.  He enjoyed farming, hunting, fishing, golfing and trap shooting.  He was a member of the American Contract Bridge League where he was a life master at Duplicate Bridge.  Paul always enjoyed watching the grandchildren grow and loved following their sports and hobbies.