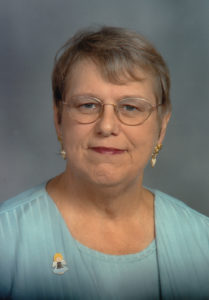 Peggy A. Gocke, 70 of Waco, NE formerly of Ashland, NE passed away Friday, August 31, 2018 at Bryan West Medical Center in Lincoln, NE.  She was born December 21, 1947 in Omaha, NE to Clarence and Emily (Yabsley) Williams.  She graduated from Ashland High School in 1966.  She was married to Tom Bonds on May 19, 1973 for 11 years before Tom passed away.  She was united in marriage to Darrell Gocke on August 14, 1987 in Ashland, NE.  She worked as a bartender, waitress and Keno operator at various establishments. She also worked at a local florist shop and provided volunteer work for the Ashland Cemetery.

Condolences for Peggy A. Gocke