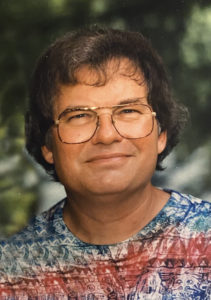 A service will be held at a later date.

Richard “Rick” G. Landis, 70, of Ashland, NE, entered into rest on Thursday, January 21, 2021 at his home in Ashland, NE.  He was born August 9, 1950 in Omaha, NE to George and Lois (Donaldson) Landis.  Rick graduated from Omaha Central High School and attended University of Nebraska in Lincoln.  On June 18, 1994, he was married to Kathy Richter in Nemaha, NE.  Rick worked for UNL on the East campus in the soil testing lab for several years until the department was closed.

Rick enjoyed vintage automobiles, remote control airplanes, flying kites, music, reading and writing.  He was very artistic, and he had a passion to continue to learn.  Rick was active with Cobra, Nebraska Freeflighters and Bellevue RC Aeronautic Modelers.

He is survived by his wife of 26 years, Kathy Landis; sister, Judy (Richard) Forsman; many nieces, nephews, other family members and friends.

He was preceded in death by his parents, George and Lois Landis.