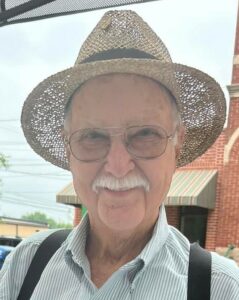 Richard “Rick” Grauerholz, 74 of Ashland, NE passed away Friday, November 4, 2022 at his home.  He was born April 25, 1948 in Lincoln, NE to George and Carolee (Wild) Grauerholz.  Rick graduated from Ashland High School in 1966 and was united in marriage to Rebecca Howard on August 2, 1969 in Ashland.

He served on the Ashland Volunteer Fire Dept. for 40 years and the Ashland Rescue Dept. for 20 years.  He was a member of the State of Nebraska Emergency Response Commission & Hazmat Response Team, Nebraska Volunteer Fire Association, and the Nebraska Society of Fire Service Instructor Board of Directors.  He enjoyed camping, woodworking, fishing, hunting, collecting guns and spending time with his family.

He was preceded in death by his parents, George and Carolee Grauerholz; parents-in-law, Jack and Hazel Howard.