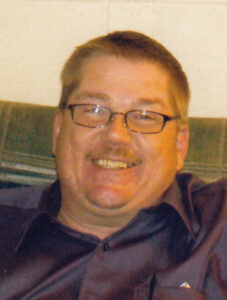 In 1998 he enlisted in the U.S. Army and later joined the Army National Guard.  He attended Southeast Community College, where he studied diesel mechanics.  He worked for three years in Valley, NE before getting his CDL.  He enjoyed working for Behlen Manufacturing in Columbus, NE.  He took pride in his Western Star semi.  We were told not to say, “how is the truck running”, because it always seemed the next day it would break down.  Rick loved old cars, bowling, cooking, going to casinos, and joking with family and friends.   He made many trips to China.  On his first trip to China he met the love of his life, Yun Yin, and on his second trip the two were married on January 17, 2010.

He was preceded in death by his step-father, Tom Dockweiler; step-brother, Jeffrey Garber.