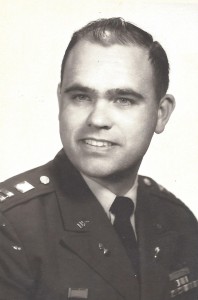 Robert A. Strode, 76 of Papillion, NE, died Tuesday, May 27, 2014 at Midlands Hospital in Papillion.  He was born February 3, 1938 in Ashland, NE to Harold G. and Ruby (Hall) Strode.  In 1956, Robert graduated from Bellevue High School and then went on to receive a Psychology and Sociology degree from UNO.  In 1956, he was married to Mary Humphrey in Plattsmouth, NE.  Robert served in the U.S. Army for 20 years until being honorably discharged with the rank of Major.  He loved the Ashland community and he enjoy living life with his family.