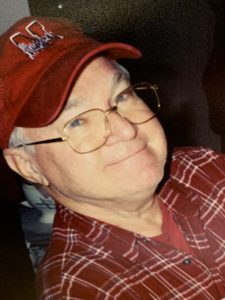 Robert Allen Holz, 81, of Ashland, NE, passed peacefully with his daughters at his side on May 18, 2021 at Hillcrest Firethorn in Lincoln, NE.  Bob was born May 1, 1940 on the family farm near Ithaca, NE to Fritz and Sylvia (Wing) Holz.  He graduated from Ashland High School in 1959.  Bob took part and excelled in many high school sports.

He began working at AT&T right out of high school and continued to work there until his retirement.  Bob was married to Betty (Dollen) McCune and to this union he gained four children, Jerry, Paul, Bob and Cindy.  Angela was then born into the family and welcomed home by her siblings.  Later Bob and Betty divorced.

He loved watching his children and grandchildren play sports.  He was an avid Huskers fan and he loved cheering them on.  Bob also loved following Ashland athletics.