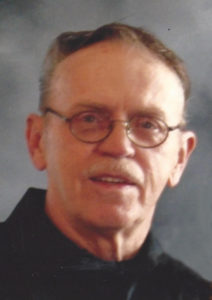 Robert “Bob” Duane Elliott, 74, of Greenwood, NE, died Sunday, December 31, 2017 at his home in Greenwood, NE.  He was born September 7, 1943 in Williston, ND to Benjamin and Martha (Imsland) Elliott.  Bob attended Raymond High School and then joined the U.S. Air Force, where he served his country for 8 years.  On August 11, 1972, Bob was married to Nancy Tong in Ray, ND.  Bob worked for National Crane in Waverly for 27 years.  Bob also worked for the Ashland Care Center, Oxbow Living Center and the Village of Greenwood.

Robert was a member of the Greenwood Fire Department where he served as fire chief for 4 years and an EMT for 20 years.  He was a member of the Ashland-Greenwood Booster Club.  Bob always enjoyed attending his grandkid’s sporting events, recreational shooting with his family, and being an EMT volunteer with his daughters at the Cornhusker State Games.