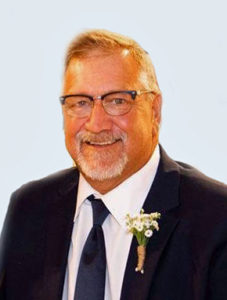 Robert “Bob” L. Chvatal lost his earthly fight against cancer on February 27, 2020, surrounded by his wife, children, mother, and extended family. He fought the battle with much strength, faith, and a strong desire to protect those he loved from the cruelty of this disease. His loved ones will feel the depth of his loss eternally.

Bob was born in Wahoo, Nebraska to Donald and Norma (Benal) Chvatal on March 24, 1960. It was an eventful birth, as a blizzard forced Don and Norma to seek help from a maintainer to bust through drifts on their farm near Malmo. They made it safely to Wahoo where Bob was born, returning several days later to flooding roads from all the melting snow! Bob joined a sister, Laurie and brothers, Jim, Kenny, and Mike. A younger brother Dave followed several years later. No Chvatal family gathering was complete until numerous tales of the shenanigans the boys raised, were told!

Bob attended the local rural school, District 75 through 8th grade. He was a graduate of Bishop Neumann High School. He often shared his pride in being a member of the first State Champion football team and may have bragged he was the only state champion in the family, until Hadley brought home one in softball! He graduated from SCC in Milford with a degree in Plumbing. He worked for Green’s Plumbing in Lincoln and Pearson & Larson in Wahoo. Bob became the Facilities Manager for Wahoo Public Schools, where he would have celebrated his 25th year in April. If you knew Bob, you knew he was a person who could fix anything and everything. He carried a “tool box” in his pockets and a heart of service for others. He helped whoever needed it, whenever he could, and always with a promise to do more if needed.

Bob met his future wife, Missy when her sister married his first cousin. A summer romance blossomed a few years later through long, sweet talks on a front porch in Malmo. As Chicago sang in 1985, their love was a “Hard Habit to Break.” They were married on April 16, 1988 at St. Joseph’s in Colon, NE. Their marriage was blessed with five great kids on earth and three in heaven. Keith, Grace, Becca, Hadley, and Mary were his world! Bob loved everything his kids did, except maybe wrecking cars and bringing home stray cats. He was in the stands rooting for them always, challenging them to be better human beings, and trying to love them better each day. We are positive that love will continue to shower down from heaven.

Bob showed his children what it meant to serve and care for others. He joined the Wahoo Volunteer Fire Department in 1988, serving as President. Difficult calls were made easier by the men and women he served with over the years. Bob was a member of St. Wenceslaus Parish where he served on the Parish Council, as an acolyte and an usher. He was a member of the Knights of Columbus as well. It seemed that he knew everyone and everyone knew him. When diagnosed with lung cancer in July, Bob knew he would need the support of all he called family and friend…and he received it ten-fold. He often was overwhelmed with gratitude for all that prayed for his healing and those that reached out in support. He began his journey with the Lord and he finished with the Lord… “Be strong and courageous. Do not fear or be in dread of them, for it is the Lord your God who goes with you. He will not leave you or forsake you.” Deut. 31:6