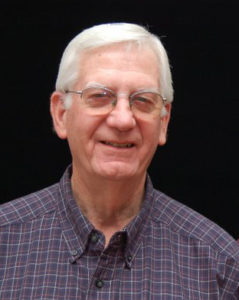 Bob began his career with Burlington Northern Rail Road as a real estate manager serving in NE, WA, TX, CO and IA.  He retired at the age of 55 when he returned to his life of farming.  Bob enlisted in the Army National Guard in 1963 and was honorably discharged in 1969.

Bob was united in marriage to Vicki Phillips in Sioux City, IA.  From this union three children were born, Christopher, Carrie and Kimberly.  Vicki passed away from a long illness in 2011.  Bob later married Patricia Richmond on November 30, 2018 in Ashland.

Bob was member of Word of Hope Lutheran Church in Ashland.