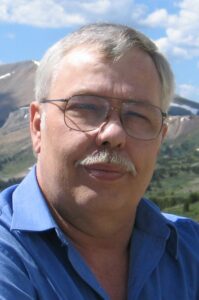 Robert (Bob) Donald Dickes was born in Yankton, South Dakota to Gerald and Myria ‘Mae’ (Meyer) Dickes. He was raised on farms near Fordyce and Crofton, NE and attended schools at Beaver Creek, Menominee, and Crofton. At the age of 18 he enlisted in the US Army, had Basic Training in Fort Lewis, WA and served in Vietnam. He returned to Fort Hood, TX where he was honorably discharged.

After the service, he worked for numerous farmers in the Yankton, SD and Crofton, NE area, and became an over-the-road truck driver. He eventually settled for a time in Omaha, where he completed his GED and received an associate’s degree from The Institute of Computer Science while working to support his family. His family moved to Lincoln, where he worked his remaining career with computers, both mainframe and PC, developing cutting edge processes for the Nebraska Department of Labor. He taught classes at Southeast Community College on how to purchase personal PCs and helped trouble shoot PC issues for many friends and businesses in and around Lincoln. Robert loved to travel, and especially loved long driving trips with scenic views, like Colorado and Montana.

He is preceded in death by his grandparents, John & Agnes Dickes and William & Alfreda Meyer; parents; and brother, William.