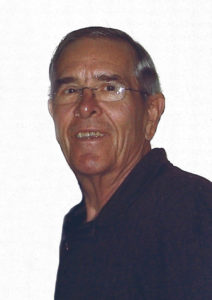 Robert “Pete” C. Peterson, 81, of Wahoo, NE entered into rest on Sunday, October 3, 2021 at South Haven Living Center in Wahoo, NE. He was born October 1, 1940 in Clearwater, NE to Charles and Leona (Swanson) Peterson.  He moved to Wahoo when he was 18 months old and lived there throughout his life. He graduated from Wahoo High School in 1958. He married Mary L. Schiffern on June 22, 1968. He retired from Burlington Northern Santa Fe Railroad where he worked as a machinist for 30 years.

He loved his family and cherished family gatherings at the holidays and other celebrations. He was especially proud of his grandchildren. He enjoyed traveling to West Yellowstone, MT to visit family. He was an avid Husker sports fan, particularly Big Red football.