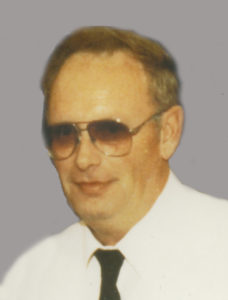 Robert R. “Bob” Schlamann, 78 of Ceresco, NE passed away Saturday, September 30, 2017 at his home.  He was born June 16, 1939 in Geneva, Nebraska to Raymond and Anna (Witte) Schlamann. Bob attended grade school in Hebron, NE and graduated from Hebron High School.  After high school Bob entered into the Airforce in Omaha, NE on October 6, 1959 and was honorably discharged on April 24, 1964 at the Scott Air Force Base, IL.  Bob was united into marriage on July 15, 1988 to Janet Blair in Lincoln, NE.

Bob retired from the Nebraska State Penitentiary as a guard and later worked as a delivery driver for Ernie’s in Ceresco for 14 years. He enjoyed fishing, camping traveling to other towns and most of all woodworking.

He was preceded in death by parents; brother, Arnold Schlamann; granddaughter, Bethany Bertwell and parents-in-law.