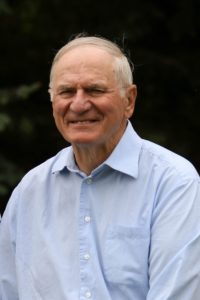 *The funeral will be live streamed on Marcy Mortuary Facebook page

God brought Rodney Lee Williams into the world on April 24, 1946 in Wahoo, NE to Richard and Marjorie (Moline) Williams.   Rod attended school at Wann, Memphis and graduated from Ashland-Greenwood High School.  He earned his bachelor’s degree from the University of Nebraska in Lincoln.

On June 13, 1970 God united Rodney and Audrey (Fick) together in marriage at Mead, NE.  They lived in Falls City while Rod was employed with Farmer’s National.  In April 1976 they moved back to Ithaca where Rod farmed until his death.  He and Audrey were blessed with four children, Valerie, Gregory, Annette, and Nicholas.

Over the years Rod was active as a board member on many community boards and as a deacon in his church, as well as being a Gideon for many years.

Rod reminded others that the greatest blessing in his life was coming to know Jesus as his Savior in the mid 1980’s.  From that point, Rodney lived his life for Jesus Christ and Christ alone.  It was this faith and hope that saw him through his last days with peace.

He was preceded in death by parents, Richard and Marjorie Williams, sisters, Rita Williams and Bonnie Jurgensen.