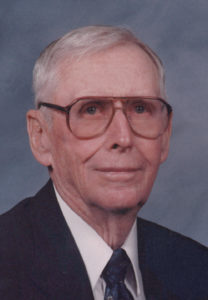 In care of St. Wenceslaus Catholic Church, Bishop Neumann High School, in the form of Masses or to the family.

Roland Koranda, 92, of Wahoo, died peacefully at the Saunders Medical Center after being diagnosed with pneumonia.  Roland was born Sept. 13, 1928, on the family farm southwest of Prague to Joseph and Agnes (Koza) Koranda.  He attended rural School District #19 and graduated from high school in 1944.  He worked with his father on the farm until he was drafted into the U.S. Army on April 12, 1951.  He served 17 months in Tokyo, Japan.  On Sept. 9, 1953, Roland married Adelyne Sloup of Prague at St. John’s Catholic Church in Prague.  Her brother, Rev. Ernest Sloup, who was ordained just two months earlier, officiated.

Roland was a trustee and served on many committees at St. Cyril and Methodius Catholic Church, Plasi, and was a lector for 28 years.  He served six years on what was formerly known as the Bishop Neumann High School board, including one year as president. In six

years he never missed a monthly meeting of the board.  He also served as a receiving clerk for the elections for Elk Precinct for 38 years.

He is survived by his wife Adelyne of 67 years, daughters, Carol of Lincoln, and Janet of Fremont, and many nieces, nephews, and friends.