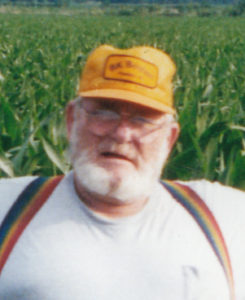 Sandy was a 1958 graduate of Omaha North High School and was honorably discharged from the U.S. Marine Corps on June 24, 1958.  He was a retired farmer and cattleman. Before retiring Sandy was the former owner and operator of Lohr’s Locker for 12 years, served on the Ashland Police Department for 20 years and during that time served as the Chief of Police and was security for the Western Sand & Gravel Company.

He is survived by his sons, Timothy Wolkow of Omaha, Bradley Wolkow and family of Gordon, NE; daughter, Kim Gangwish and family of Omaha; brother, Douglas Wolkow of Missouri Valley, IA, nieces and nephews.

He was preceded in death by his parents.