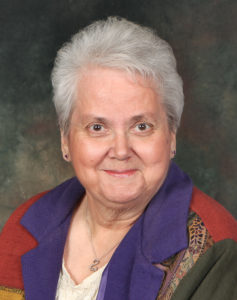 Sharon Kay (Wiese) Roeber passed away surrounded by family at Journey Hospice House in Lincoln, Nebraska on August 30, 2022, at age 78. Sharon was born on December 24, 1943 to Art and Geraldine Wiese in Omaha, Nebraska. Most of her childhood was spent in Omaha, with a brief time in Billings, Montana. She graduated from Omaha North High School in 1962.

She married Larry Roeber on April 12, 1964 and lived on the farm in Ashland. She was an active member of Trinity Lutheran Church, Murdock where she organized Sunday School, participated in Ladies Aid and acted as recording secretary. She also represented the church in Lutheran Women’s Missionary League in various capacities over the years.

She worked part time for Platte River State Park before starting with Ameritas in 1982. She worked for Ameritas for 23 years before retiring in 2005. While at Ameritas she participated in Book Club and Toastmasters.

She loved to read, yell at Nebraska Football, do crossword puzzles, and spend time with family and friends.

She was preceded in death by her husband of 55 years, Larry; parents; stepfather Bill Meyers; and sisters Ida Dowling and Dee Fothergill.

She will be dearly missed by her three sons, Mike of Norfolk, NE, Danny of Ashland and Russell (Marie) of Greenwood, NE; daughter Deb VanOverbeke (Kirk) of Glencoe, OK; four grandchildren Jessica, Colin, Esther and Joshua; sister Dottie Reynolds of LaVista, NE; brother John Wiese of Bowie, TX, many nieces and nephews and other relatives and friends.