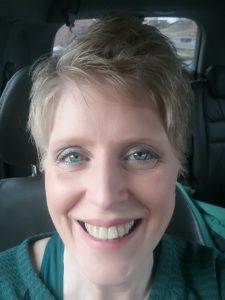 *The funeral will be live streamed on the church Facebook page.

Shelley R. (Jordan) Harrington, 64, of Ceresco, NE held closely by her husband and supported by family was surrendered to rest peacefully on May 28, 2021, after a brave struggle with a rare autoimmune disorder and heart failure at the Nebraska Medical Center in Omaha, NE.  She was born February 15, 1957, in Wahoo, NE to Harold and Darlene Jordan.  Shelley graduated from Wahoo High School in 1975, Western Iowa Tech Community College, Sioux City 1977, and later from the Bryan School of Nursing in 1982.

We Are Blessed To Have Shared In Shelley’s Journey!

In fond memory of a loving wife, best friend, and exceptional mom.  Shelley’s passion for family and life has not ended with her passing.

In her professional life of 38 years as an RN, Shelley’s true calling was as a long-term care RN.  Over the years she gave comfort, respect and love to her residents as they were her number one priority.  She loved their smiles, stories, and wisdom.  She was a great nurse and was highly respected and loved by her peers.  Shelley felt blessed to have provided loving care for her mother until her passing in January 2021.

On a blind date May 4, 1983, Shelley met the love of her life, best friend, and soul mate and it was love at first sight. She shared lots of laughter, dancing, hugs, happiness and so much more.  A love so real and true that she was engaged in September of 1983 and on October 20, 1984, was united in marriage to Samuel Charman Harrington at First United Methodist Church in Wahoo, NE.  Shelley’s relationship flourished and was nurtured by patience and love.  This love was evident on July 25, 1991, when her greatest accomplishment and gift Alyssa Harrington was born.  A gift that keeps giving and has brought joy and happiness to her life like no other.  A very special gift, who matured into an intelligent and vibrant young woman who will always be her mother’s best friend.  Alyssa had a unique and special bond with Shelley that reflected her beauty, elegance, and strength.  Shelley and her husband traveled across the country attending almost all of her performances and were known by Alyssa’s performing artist friends as “The Parents” and Shelley was affectionately known as “Mom.”  Her love and strength were contagious and felt by all.  Watching Alyssa dance and perform was a passion and she was amazed at the emotions stirred deep inside her heart, often saying “I just can’t believe she is mine.”  She experienced the many cultures and people of the world through dance and lived her life as a reflection of her love.

Shelley was a very private person and stunningly beautiful both inside and out.  She was passionate about life and family, living each minute to the fullest.  She often surprised us with her humorous and spontaneous moments when she might stub her toe and then turn and punch you in the arm with a smile on her face saying she felt better.  While traveling Shelley would see a Weeping Willow Tree which would immediately spark fond childhood stories and memories.  The Weeping Willow Tree symbolized her true self as she embodied its greatest attribute, that even through great loss we have the ability to grow and be anew.  Shelley’s favorite holiday was Christmas as she loved being in the kitchen serving her family favorites of sticky rolls and German Meat Pies. She especially loved spending quality time with her husband, Alyssa, Addison Ector, Nituka & Dallas (Mini Schnauzers), and with friends & family watching football games and playing games.  She loved music by Charlie Pride, Bob Seger, Santana, Marvin Gaye, and Alan Jackson.  Shelley was inspired when taking pictures of Nebraska sunrises and sunsets, time spent at the cabin on the lake with Linda, Jackie and Terry.  She reminisced often about her Grandma and many warm memories she had of her, the garden, and sleep overs which always put a smile on her face. She dreamed of sitting in rocking chairs side-by-side together at our own cabin and acreage in her final years with those she loved the most.

Shelley expressed gratitude and love to her special friends Darwin & Carol Johnson, Stephanie Myrberg, and all the friends who supported and loved her over the years.  A warm and heartfelt thanks to the doctors, nurses, and staff that provided exceptional care at Saunders Medical Center, Bryan Health, and the Nebraska Medical Center.  She believed life is a journey and she enjoyed and felt blessed to have a second chance to live 45 extra years after her first life threatening health condition.

She was preceded in death by her caring and generous parents Harold and Darlene Jordan.