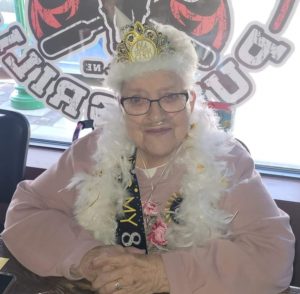 Shirley Dimmitt, 80 of Ashland, NE passed away Thursday, April 21, 2022 at St. Elizabeth Hospital in Lincoln, NE.  She was born March 19, 1942 in Riverside, CA to Donald and Raida (Knoell) Kern. She attended Ashland Greenwood high school.  Shirley was united in marriage to LeRoy Dimmitt on January 12, 1963.

She was a waitress for 39 years working at several local restaurants in Ashland, NE. She was also a housekeeper at Mahoney State Park for several years.