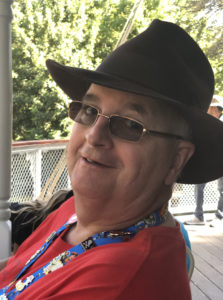 Timothy E. Fleck, 59 of Greenwood, NE passed away Sunday, November 11, 2018 at his home surrounded by his family.  He was born April 5, 1959 in Omaha, NE to Fred and Patricia (Lewis) Fleck.  Tim was a graduate of Millard Sr. High School.  He worked as a custodian for Waverly School District 145 and at Camp Ashland.  He was united in marriage To Jacqueline McCarty on June 6, 1984 in Lincoln, NE.  From this union two children were born, Jason and Merrie Beth.

Tim had a passion for trains, from collecting model trains to having a real life caboose in his yard.  He was a member of the Burlington Route Historical Society.