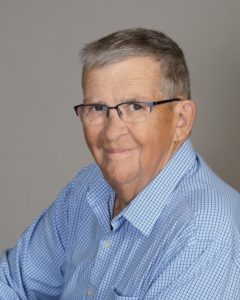 William Peter Iversen, 81, of Wahoo, NE, entered into rest on Friday, May 21, 2021 at Saunders Medical Center LTC in Wahoo, NE.

He was born on November 20, 1939 in Winside, NE to Howard and Marian (Andersen) Iversen.  Bill started school at District 28 South and finished his elementary and high school education at Winside High School and graduated in 1957.  Bill served in the U.S. Air Force from 1962 to 1965 and was stationed in France.  He married Genevieve “Jenny” Griese on July 20, 1969 in Sutton, NE.  The couple lived in Lincoln, Swedeburg and Wahoo.

Before going to the service, Bill worked for area farmers and drove milk truck for AMPI in Laurel, NE.  After the service, he started work in the U.S. Post Office in 1966 in Lincoln and then the post office in Wahoo, NE until 2000.  After retiring from the post office, Bill had many part time jobs in Wahoo and has been a bus driver for Wahoo Public Schools for 50 years.

Bill was very active in Bethlehem Lutheran Church and the American Legion Post #82.  Bill enjoyed spending time with his family and especially enjoyed going to all their sporting events.

He is survived by his wife of 51 years, Genevieve “Jenny”; sons, Jayson (Lora) and Jayme (Ashley) all of Wahoo; six grandchildren and one great-grandchild; sisters, Greta Grubbs of Lincoln, Nancy (Wayne) Krass of Lincoln and Tom Iversen of Lincoln; many nieces and nephews.