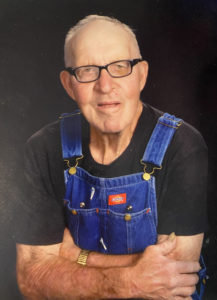 A celebration of life will be held in South Dakota at a later date.

Alton “Lee” Anderson, 81, of Reliance, SD, entered into rest on Wednesday, December 23, 2020 at Saunders Medical Center LTC in Wahoo, NE.  He was born March 28, 1939 in Presho, SD to Herman and Vernice (Whitney) Anderson.  Lee graduated from high school in Kennebec, SD.  On December 31, 1974, he was married to Irma “Jean” Byre at the Kennebec Luthern Church in Kennebec, SD.

Lee drove truck for most of his working years, enjoying the agricultural side of trucking. He also farmed for several years outside of Reliance SD.  He and Jean operated Anderson Greenhouses on the farm until they moved the greenhouses to town in 1985.  Lee thoroughly enjoyed driving his pickup all over, delivering their flowers to grocery and hardware stores in central South Dakota.  They continued operating the business until 2018 when Lee moved to Wahoo, NE.

Lee enjoyed coffee with friends at the gas station, and breakfast at Al’s Oasis in Oacoma SD.  He and Jean also enjoyed their annual family trip to Minnesota with his son’s family and in-laws.   Every Christmas was also a trip to Nebraska, where he got to spend more time with his grandkids.

He was preceded in death by his parents, Herman “Bus” and Vernice “Sis” Anderson.