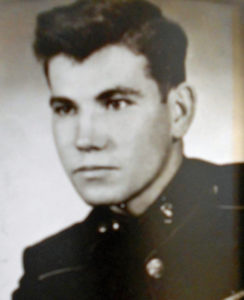 Dale J. Snyder, 86, of Wahoo, NE, entered into rest on December 27, 2020 at Saunders Medical Center LTC in Wahoo, NE. On June 9, 1934, Dale J. Snyder was the fourth of five children born to Cleo A. and Mildred (Potter) Snyder.  He lived in Hayes Center, North Platte and Grand Island where he attended Grand Island High School. Dale joined the United States Marine Corps in May of 1952 and was honorably discharged in May of 1955.  He proudly served in the Korean War.

On July 22, 1955, he met LaVonne R. Van Housen at a summer dance at the historical Riverside Dance Pavilion.  They fell in love, eloped to Yankton, South Dakota where they were married on February 24, 1956.  They moved to Wahoo with their five children in 1963.

As a young boy he sold newspapers at the North Platte Cantina. Growing up he enjoyed fishing and camping with his brothers on the river.  His love for fishing was lifelong.  He returned to his favorite fishing spot in North Platte regularly. As a teenager, he enjoyed boxing.  He earned the title of Golden Gloves Champion in 1950 and 1958.  He was employed at Kelly Wells in Grand Island.  He later moved to Columbus to work at BD’s as a Tool & Dieman.  He retired from Western Electric in Omaha after 37 year.