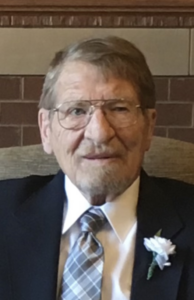 Donald Bartek, 84, of Wahoo, NE, passed away on January 4, 2023 at his home in Wahoo, NE surrounded by his wife and children.

Donald (Don) was born to Julius and Judith (Moline) Bartek on March 2, 1938 in Omaha, NE. Don grew up in Weston, NE where he graduated from Weston High School in 1956. Don received an Associate’s Degree from Luther College, Wahoo, NE in 1958 where he was a member of the football and basketball teams. Don was named to the Junior College All American football team his sophomore year.

Don married Barbara Johnson of Holdrege, NE, whom he met at Luther, on August 17, 1958 at Bethlehem Lutheran Church, Wahoo, NE. The couple moved to Lindsborg, KS where Don earned his Bachelor’s Degree in education from Bethany College in 1960.

Don and Barb returned to Weston, NE where Don began a long and successful career as a teacher and coach at Weston High School. Don continued his career teaching and coaching at Osceola Public Schools 1962-1969, Minden Public Schools 1969-1979 and Waverly District 145 1979-1984. Don earned a Master’s Degree in school administration from the University of Nebraska- Lincoln. Don was hired by the Scribner Public Schools as the K-12 principal for the 1984 school year and served as principal until his retirement in 2000.

Through the years Don was an avid hunter and fisherman never missing a deer, pheasant, coyote, squirrel, racoon, frog, mushroom or whatever season it was. Don was also the great transformer of one man’s junk into another man’s treasure. Don took great pride in finding broken down equipment, appliances, machinery, sporting equipment, etc and making it as good as “new”.