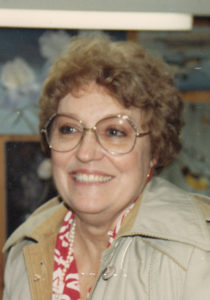 Doris was a very crafty and creative person who made her own clothing for herself and her children, she even made her own lamp shades.  She enjoyed making art projects, quilting, and cooking Syrian food.

Condolences for Doris A. Essay