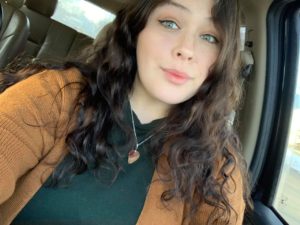 In honor of Hailey, tie-dye attire is encouraged.

Hailey Anne Meeusen Kunce was unexpectedly called to the stars on August 13, 2022. Hailey was born in Lincoln, NE on February 1, 1996. She was in an awful accident, though she died, she was doing what she loves, driving around with the windows down listening to The Red Hot Chili Peppers.

Hailey had just moved into her forever home in Wahoo with her four beautiful children and soulmate. She was a stay-at-home mom and worked a part time job on the weekends. Her children were her life, and everyone knew that.

Hailey Anne Meeusen Kunce had a free spirit and a hippie soul and she will be missed by all who loved her. Rest Easy Hailey Anne, we all love you so. You’re as free as you wanted to be, go explore the universe. Stay wild moon child.

Condolences for Hailey A. Meeusen