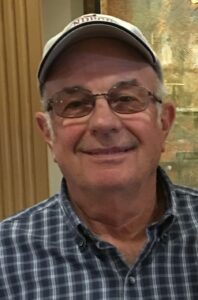 Ken was loved by many and respected by all. He served his church, his family and his country faithfully. Ken worked for Goodyear in Lincoln for 35 years until his retirement, but his passion was cattle. He took tremendous pride in raising and caring for his animals and loved talking livestock and farming in general. Hard work did not faze him — he was as content making fence or cutting hay as he was cheering for any and every University of Nebraska athletic team. He enjoyed spending time with family and friends at events or celebrations, spending most of his time on the dance floor. He also enjoyed watching granddaughter Madison dance and grandson Parker play soccer and looked forward to activities with youngest grandson Talon.

He was a member of Sts. Mary & Joseph Catholic Church at Valparaiso, Knights of Columbus Council No.8625 and American Legion Post No. 371.

He was preceded in death by parents, Ernest and Adeline Rezac; brother, Lonnie R. Rezac; parents-in-law, Victor and Agnes Bohuslavsky.