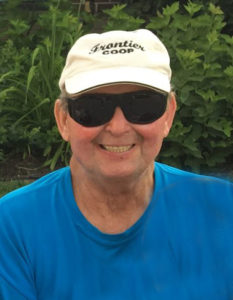 Kenneth L. Wemhoff, 70, of Wahoo, NE, entered into eternal rest on Wednesday, March 24, 2021 at the Tabitha Journey House in Lincoln, NE.  He was born September 7, 1950 in Humphrey, NE to Ludwig and Viola (Fuchs) Wemhoff.  He graduated from St. Francis Central High School.  He served his country in the U.S. Army until he was honorably discharged in 1971.  On August 8, 2009, he was married to Corina Fiscus in Las Vegas, NV.

He worked for the Humphrey and Frontier CO-OP for a combined 42 years.  Gardening, fishing and canning were some of his favorite hobbies.

He is survived by his wife of 11 years, Corina Wemhoff; 8 children; many grandchildren; 11 siblings; and many other family members and friends.

He is preceded in death by his parents; one brother; and one great-granddaughter.