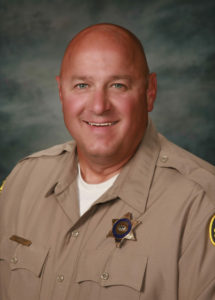 Mark E. Divis, 55, of Valencia, CA, died February 9, 2017 at his home in Valencia.  He was born December 9, 1961 in Wahoo, NE to Charles and Shirley (Diffey) Divis.  He attended Wahoo Public Schools and graduated in 1980.  In 1984, Mark received his Bachelor of Science degree in music education from the University of Nebraska.  He taught music for one year and then moved to California to be with some of his college friends.

In 1987, he became a Deputy Sheriff in Los Angeles County in California and later in his career he was elected as the Vice President of the Sheriff’s Union.  He held this position until four years ago when he was diagnosed with cancer.  Mark served his country in the U.S. National Guard for several years.