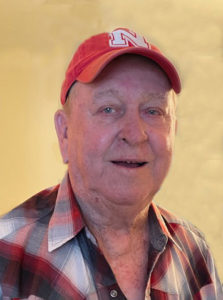 Thomas “Tom” L. Frahm, 87 of Wahoo, NE formerly of Yutan, NE entered into eternal rest Tuesday, July 13, 2021 at his home.  He was born March 12, 1934 in Yutan to William and Caroline (Miller) Frahm.   He was a graduate of Yutan High School.  Tom served his country in the U.S. Marines and was honorably discharged.   He was united in marriage to Jackie Chmielewski on April 14, 1956 in Rialto, CA.

Tom retired from Burlington Northern Railroad as a welder.  He was also a farmer in the Pleasant Dale and Yutan areas.  Tom was a member of St. Wenceslaus Catholic Church and American Legion #262.   He enjoyed attending River City Roundups, thrifting at auctions, traveling in his motorhome, gardening and making pies.